Joined Feb 9, 2010
·
657 Posts
Note: Before working with any part of the Supplementary Restraint System (SRS) you MUST remove the key from the ignition and disconnect the battery.


Step 1 - Start by taking removing the negative terminal connector of the battery (black wire, closest to you), the nut should require a 13mm socket. 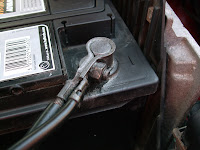 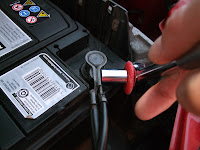 Step 2 - Once the negative terminal has been slackened remove it and tuck it away so it can't touch the terminal again whilst you are loosening the positive. 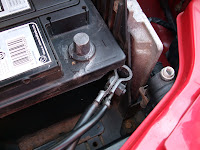 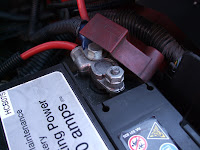 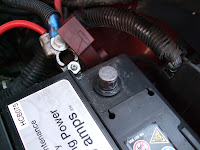 Step 4 - Looking down the gap at the front of the battery (nearest you) you should see a bolt and a plate covering the bottom lip of the battery. Undo this bolt using the 13mm socket and an extension. Once removed the battery can now also be removed. It simply lifts straight out. 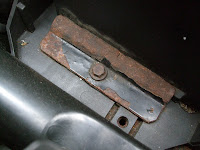 After disconnecting the battery, leave the car for at least 10 minutes to allow the circuits to fully discharge. This will prevent the airbag accidentally going off, or the seatbelt pre-tensioners firing.


Step 1 - Only after following the above procedures should you begin step 1.

At the back of the steering wheel are two bolts with a Torx head. Using the T30 Torx bit and ratchet, undo and remove both bolts. Keep these bolts safe, and do not use any other type of bolts instead of these, as they are specially designed for this role. 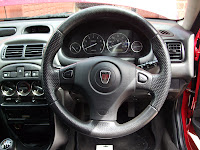 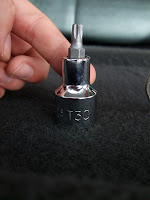 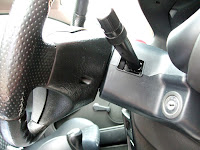 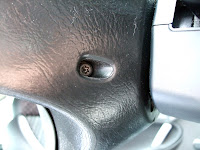 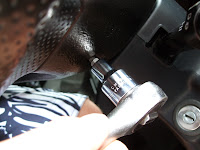 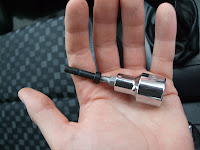 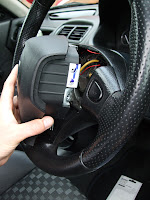 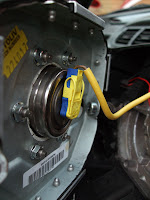 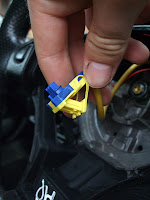 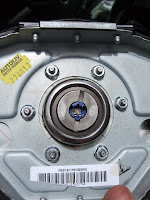 ​
Step 4 - The airbag should now be completely detached from the steering wheel. Handle the airbag with care, storing in a safe place whilst carrying out any other work.

Step 5 - Refitting the airbag is a case of following step 1 - 3 in reverse order.

However, there are some things to take note of. When replacing the cable for the airbag note the position should be as shown in the images above, the end of the connector the wire comes out of should be at the top.

When replacing the Torx bolts be sure not to cross thread them. They must also be tightened to a specific torque. Using the torque wrench tighten them to 9Nm / 7lbf ft.


When reconnecting the battery, reconnect the negative terminal last. 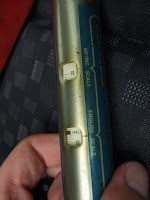 If you want to do so just remove the positive, no need to remove the negative/earth.

If you want to do so just remove the positive, no need to remove the negative/earth.
Click to expand...

I always disconnected the negative and not the positive. Am i risking imminent death?
D

Joined Feb 24, 2010
·
579 Posts
ive never desconnected the battery aslong as the igntion is off i just take mine off
B

Aden said:
I always disconnected the negative and not the positive. Am i risking imminent death?
Click to expand...

The negative is providing an earth rather than using you as one !
A

Roverman said:
The negative is giving an earth rather than using you as one !
Click to expand...

Ah my bad. I'm suprised I havn't died yet.
C

^^^This. Also, top tip - if you don't have / can't be bothered to dig out the socket set, the wheel wrench for changing your spare wheel is a perfect fit for removing the nut that holds the steering wheel on! :broon:
R

So once the air bag is out is it just a case of undoing the nut in the middle and the steering wheel just pulls off? Then you just slide your new one on and tighten it back up?